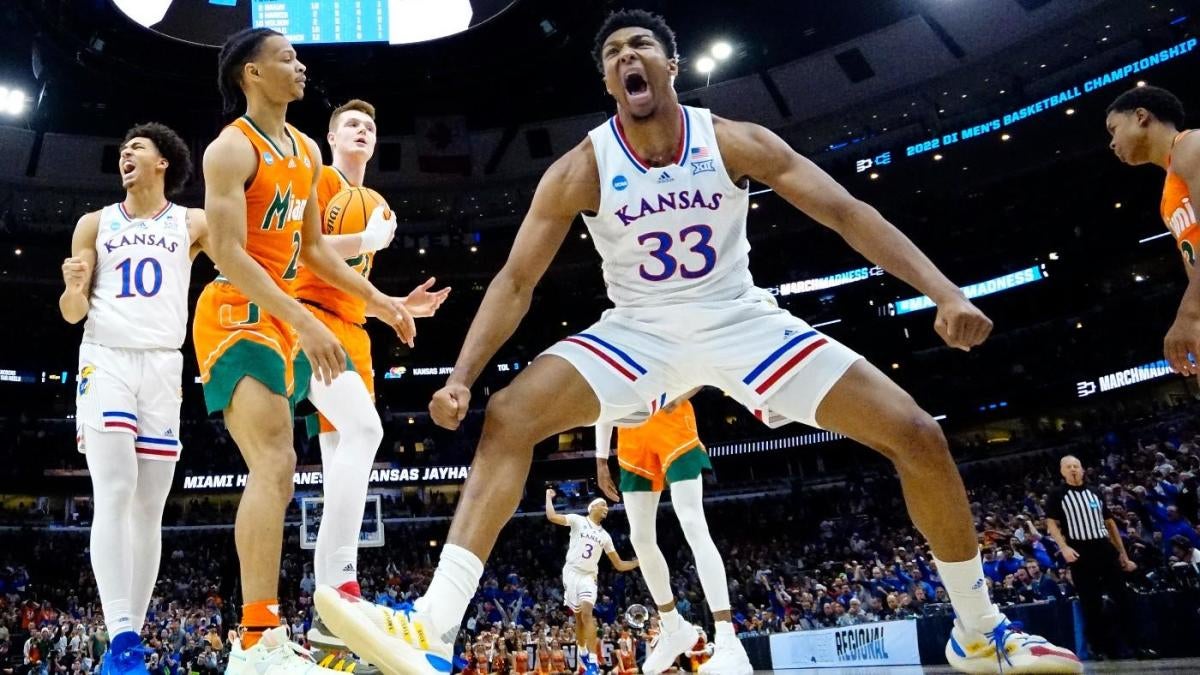 The field for the 2022 Final Four is set, and after starting at 68 teams less than three weeks ago, there’s only one No. 1 seed remaining who will be making the trip to New Orleans. But there will be plenty of college basketball royalty represented when the action tips off Saturday from the Caesars Superdome as Kansas, Villanova, Duke and North Carolina compete for the national title.

First up on Saturday will be the game between the No. 1 seed Jayhawks and No. 2 seed Wildcats at 6:09 p.m. on TBS. Then, after that one concludes, No. 2 seed Duke will take on No. 8 seed North Carolina.

With legendary Duke coach Mike Krzyzewski aiming for his sixth national title before retiring at season’s end, the Blue Devils figure to be a big story. Despite being more reliant on freshmen than any of the remaining squads, Duke is playing its best basketball of the season, which gives Coach K a great shot to go out on top. First, though, the Blue Devils will have to get past the Tar Heels after their biggest rival handed them a 94-81 defeat in Coach K’s final home game on March 5.

The 2022 NCAA Tournament has taught us to expect the unexpected this time of year, and a Final Four with this combination of teams is sure to deliver some drama before a champion is crowned on April 4.

Here is the early look at what’s ahead for the Final Four.