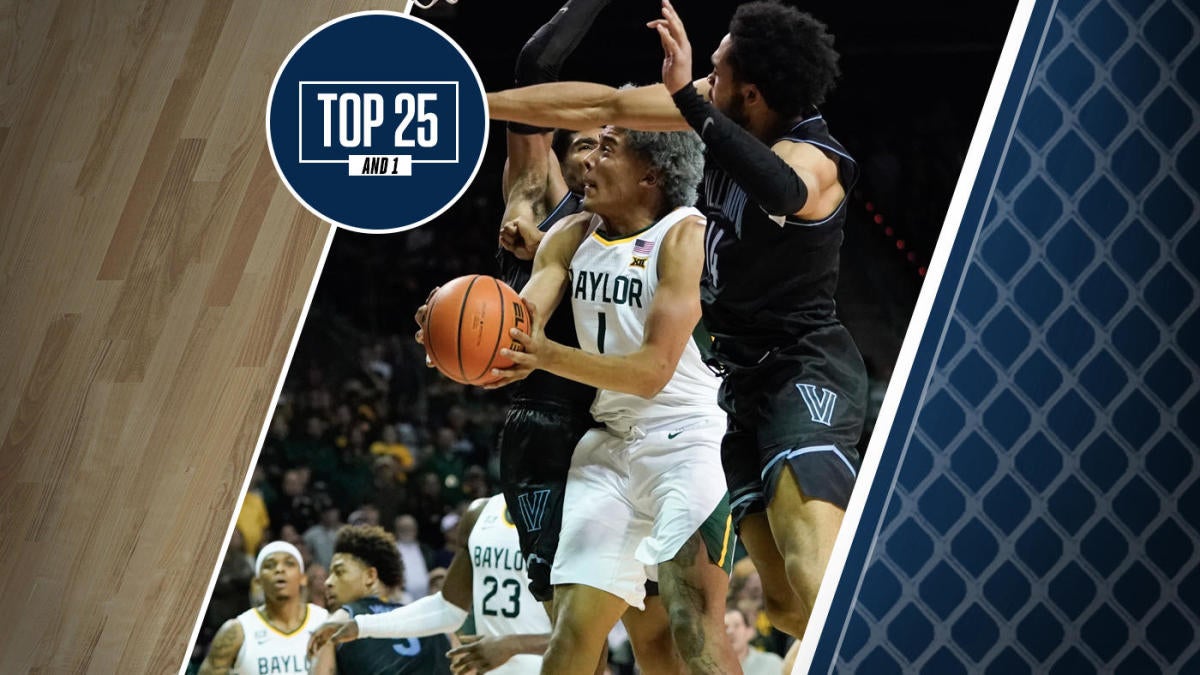 Baylor lost four starters, including two NBA guards, from its team that won the 2021 NCAA Tournament. The Bears returned zero double-digit scorers. So it made sense to start somebody else at No. 1.

But now here we are, exactly 35 days into this season, and guess who deserves to be No. 1 when the Associated Press Top 25 and Coaches Poll update later Monday? Yep, Baylor — the reigning national champion that replaced a lot but still very much looks the part even with a new cast of characters in leading roles.

“This Baylor team could be as good as last year,” Villanova coach Jay Wright said following Sunday’s 57-36 loss on the road to the Bears that doubled as the worst offensive effort from the Wildcats in Wright’s 21 seasons at the Big East school.

Villanova shot just 22.2% from the field and scored only 36 points, both of which are lows in the Wright era that started in 2001. And, understand, this is not a bad offensive team. Villanova actually ranks sixth in adjusted offensive-efficiency, according to KenPom. It’s just that, Sunday, the Wildcats ran into a great defensive team that’s now 9-0 with wins over two schools (Villanova/Michigan State) ranked in the top 10 of Monday morning’s updated CBS Sports Top 25 And 1 daily college basketball rankings.

Baylor’s nine wins have all come by at least eight points.

“We’ve got a really good team — everybody can score 1 through 5,” said Baylor’s Jamkes Akinjo, who had a  game-high 16 points, seven rebounds and five assists against Villanova. “But the separator is getting those stops. We all take pride in our individual matchups. We compete against each other every day.”

Baylor has been No. 1 in the Top 25 And 1 since last Wednesday morning — and the Bears have a chance to remain there for a while considering KenPom projects them to be favorites in each of their next 13 games. They won’t play again until they visit Oregon on Saturday. Baylor’s next game against a school also currently ranked won’t come until it visits Iowa State on New Year’s Day. T.J. Otzelberger’s Cyclones are 13th in Monday morning’s updated Top 25 And 1 with a 10-0 record highlighted by victories over Xavier, Iowa, Memphis and Creighton.

Itching for more college hoops analysis? Listen below and subscribe to the Eye on College Basketball podcast where we take you beyond the hardwood with insider information and instant reactions.