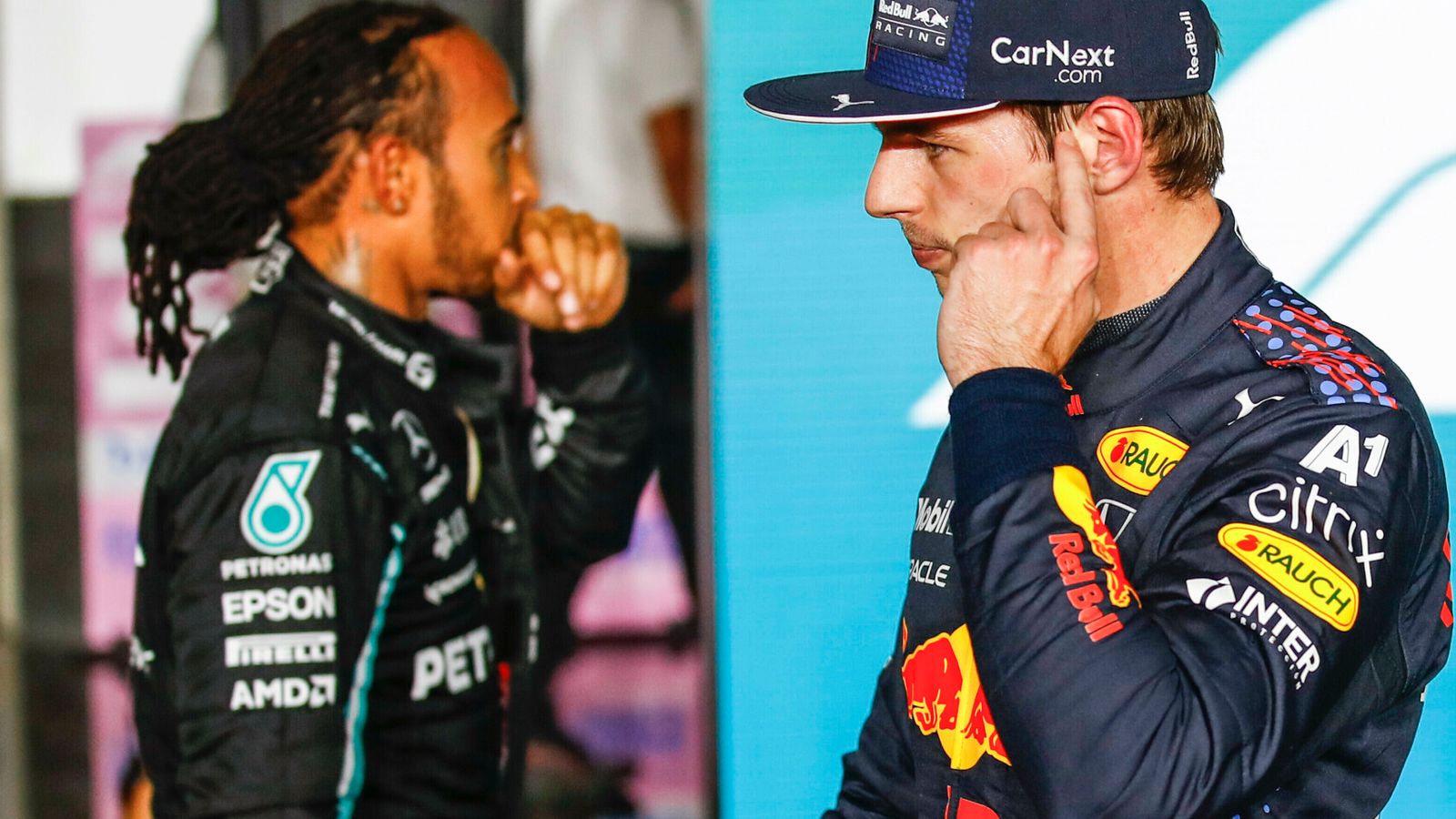 After the incredible drama of 2021, Formula 1 is gearing up for plenty more excitement in 2022 with new rules and cars only increasing the intrigue…; As the build-up continues, we answer some of the key questions, recap key dates and look ahead to the season

So what exactly is changing for 2022?

A rules revolution for the 2022 season means we will see a completely new generation of cars.

The concept, marking one of the biggest technical changes in F1 history, has been overhauled from recent years and is, in essence, a simplified yet striking new-look race car following a drastic aerodynamics overhaul. The car features several noticeable tweaks but the headlines are bigger and less technical front and rear wings, larger 18-inch wheels and a specially designed ‘ground-effect’ floor.

And what impact will that have on the racing?

The new cars don’t just look a lot different, but they should have a marked effect on the on-track product, with more exciting and competitive wheel-to-wheel racing the expectation.

Why’s that? Well, all the changes have been made to, essentially, get rid of disruptive airflow from on and around the cars, instead ensuring the downforce is being generated more from beneath the car. That should help cars to follow each other a lot closer without losing time in the ‘dirty’ air of the car in front, thus making it much easier for drivers to overtake each other.

Sure, the 2021 season was one of the most thrilling in the sport’s history, but F1 believes – and has strong evidence from their estimates – that the racing can be that much better.

Who will be the teams and drivers to beat?

Rule changes are always exciting for F1 teams as they essentially reset the pecking order and give them a blank slate to redesign a competitive car. That leads to unpredictability and could lead to surprises, with teams often acing the new regulations out of nowhere – take Brawn back in 2009.

That being said, Mercedes and Red Bull, and Lewis Hamilton and new champion Max Verstappen, will likely still start the season as the favourites, although look out for teams like Ferrari – the Scuderia have been openly targeting this rules reset over the last few years – and other big-name outfits with a point to prove such as McLaren and Aston Martin.

Former F1 world champion Jenson Button says he expects Lewis Hamilton to come back fighting amid rumours he could quit the sport.

Former F1 world champion Jenson Button says he expects Lewis Hamilton to come back fighting amid rumours he could quit the sport.

After such a controversial end to last season and a crushing title defeat, Hamilton’s return certainly isn’t a given, and his radio silence and social media purge has only added to speculation about his future. But it would be a huge surprise if F1’s most successful star wasn’t on the grid this year.

Not only has he signed a deal with Mercedes for two more seasons and spoken incredibly enthusiastically about the new rules, but Hamilton still has records to break. As Mercedes made it clear with a telling hint earlier this month:

How many drivers are changing teams? Are there new drivers?

Hamilton’s new Mercedes team-mate is the big storyline for 2022 in terms of driver moves, with George Russell finally getting his chance after three brilliant years on loan at Williams. Valtteri Bottas has lost his seat with the world champions but not in the sport, with the Finn, who certainly didn’t do a bad job at Mercedes, heading to the Ferrari-backed Alfa Romeo for 2022.

There are two new drivers on the grid; one returning to F1 and one a rookie. Alex Albon, formerly Verstappen’s Red Bull team-mate, comes in for Russell at Williams while Guanyu Zhou makes the step up from F2 to F1 alongside Bottas at Alfa. Zhou, 22, is the sport’s first-ever Chinese driver.

When and where are the races?

A record-breaking 23 Grand Prix schedule has been revealed for 2022, starting in Bahrain on March 20 and finishing in Abu Dhabi on November 20. There is one new name on the calendar, with Miami hosting the first of two races in the United States.

Every session and every race is live on Sky Sports F1.

When will the cars be launched?

Those first pre-season car launches represent some of the most eagerly-anticipated dates of the season, particularly in a year where the cars are so radically different.

While the teases have started, no official dates have been announced just yet. The cars are usually unveiled around the beginning of February, although we often get a January outlier.

There will be six days of pre-season testing this year following a reduced 2021 schedule. The first week of testing is in Barcelona on February 23-25, while the second week is in Bahrain – at the same Sakhir track that will host the season-opener – on March 10-12.

How many Sprint races, and when?

The Sprint format debuted last year in Silverstone, Monza and Interlagos, and F1 are looking to double the amount of those grid-setting Saturday races to six this year. Bahrain, Imola, Montreal, Austria, Zandvoort and Interlagos have been earmarked as the locations.

Who are the other stars to look out for?

The potential for teams to move up the order could also give the chance for drivers to establish themselves into race, and possibly title, contending stars. Russell is the obvious one to watch with his move to Mercedes, while Ferrari’s Charles Leclerc and McLaren’s Daniel Ricciardo – who are already race winners – could flourish, along with their impressive team-mates, Carlos Sainz and Britain’s Lando Norris.

If they have cars to contend, also keep an eye on multiple world champions Sebastian Vettel (Aston Martin) and Fernando Alonso (Alpine), with the Spaniard particularly quick in 2021. Mick Schumacher will also be hoping to build on his impressive rookie season with Haas, although how competitive they will be remains to be seen.