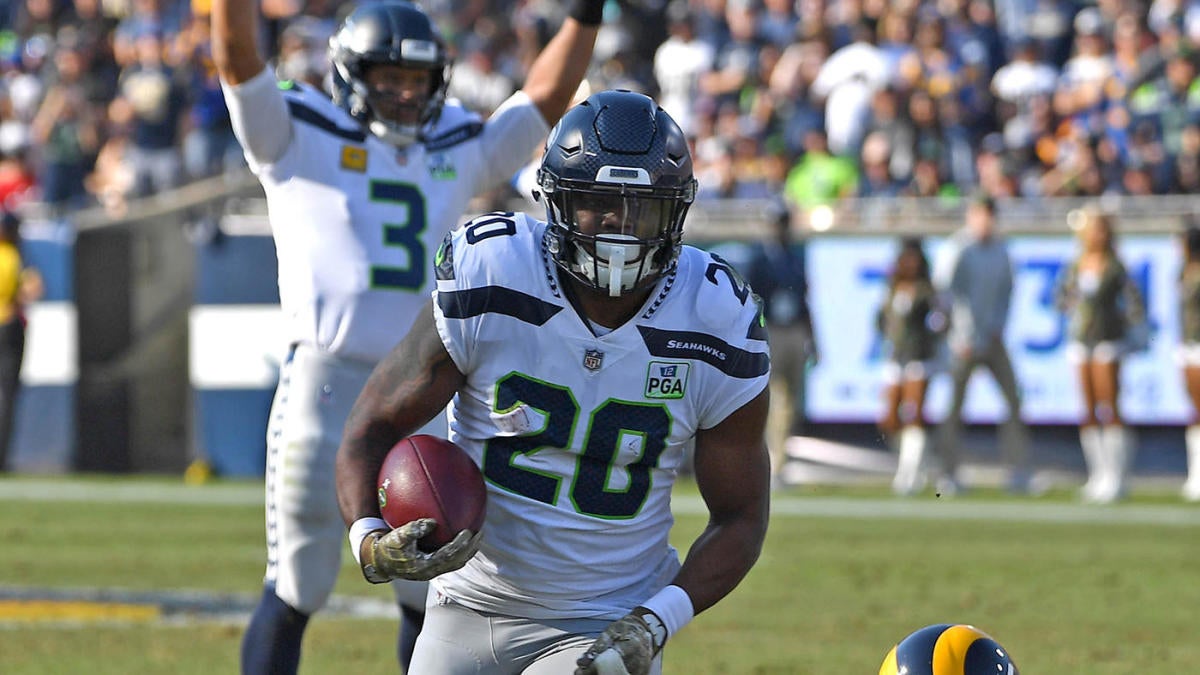 As the Fantasy football playoffs open in Week 15 in many leagues, you should have the core of your postseason lineup set. The star players that brought your team this far will be locked in. But maintaining the lineup around the focal points of your roster is always an exercise that needs to be done throughout the playoffs. The waiver wire work is never finished. After he caught a 62-yard TD pass in Week 14, you should strongly consider adding Minnesota Vikings wide receiver K.J. Osborn. At running back, Detroit’s Craig Reynolds will be picked up in many leagues this week after he surprisingly totaled nearly 100 yards from scrimmage against Denver on Sunday.

Engel is an inaugural member of the Fantasy Sports Writers Association’s Hall of Fame. He is a four-time FSWA Award Winner and 10-time nominee. In 2020, Scott was a finalist for the FSWA Fantasy Football Writer of the Year Award, which he also won previously.

In addition to being the Fantasy writer for the Seattle Seahawks’ official site since 2012, Engel’ work has appeared on The Athletic, SiriusXM FantasySports Radio, ESPN.com, NFL.com, the Associated Press, Yahoo Sports, SI.com, the New York Post, USA Today, RotoBaller, and of course, CBSSports.com. So far this season, Engel has recommended notable players such as Cordarrelle Patterson, Dawson Knox, and Khalil Herbert ahead of their impact performances,

One player Engel is advising Fantasy players to target on the Week 15 waiver wire: Seattle Seahawks running back Rashaad Penny. The Seahawks have been searching for answers at running back all season, as Chris Carson is out for the year because of a neck issue, and Alex Collins has been both ineffective and injured. Many Fantasy players did not expect Penny to suddenly ignite the Seattle running game as he did in Week 14.

Penny took full advantage of a very friendly matchup on Sunday. Against the Texans, who came into Week 14 allowing the most rushing yards in the NFL to RBs along with 13 TD runs, Penny exploded for 137 rushing yards and two scores. Injuries have often prevented Penny from being available to showcase his talents. He has only played in 19 games in his three most recent seasons. But if he can stay on the field, Penny should be Seattle’s clear lead RB for the rest of the year.

Engel is also strongly recommending Baltimore Ravens wide receiver Rashod Bateman. The Ravens viewed Bateman as a prime piece in hopes of improving their passing game this season. He was drafted in the first round by Baltimore this season, but the start to his first pro campaign was delayed by a groin issue.

After undergoing groin surgery, Bateman landed on injured reserve to begin the 2021 season. He was not able to make his NFL debut until Week 6. But Bateman may have finally delivered a breakthrough performance in Week 14. He caught seven of eight targets for 103 yards against Cleveland on Sunday. Bateman could be ready to make significant Fantasy contributions during the playoffs.

How to set your Week 15 waiver wire claims

Engel is also all-in on another receiver who should be an immediate pickup. This player is widely available and could be a huge boost to your Fantasy football lineup. You can only see who it is at SportsLine.

So which players should you target on the Fantasy football waiver wire before Week 15? And which receiver is a must-add? Visit SportsLine now to see the best league-winning Fantasy football free agents entering Week 15, all from a Fantasy Hall of Famer, and find out.