May the Archons lend you their powers.

Who are the best travelers in Southeast Asia? We’ll find out at the official Genshin Impact SEA Carnival, an online and offline esports tournament organized by IO Esports.

Thousands of dollars, Primogems, and other prizes will be up for grabs for SEA-based Genshin players. Similar to the first official Genshin esports tournament, SEA Carnival will feature a series of challenges where players’ combat skills and stamina management will be put to the ultimate test.

Here’s everything you need to know about SEA Carnival, including its schedule, how to join and register, and its prize pool.

What is Genshin Impact SEA Carnival?

SEA Carnival is an official invitational tournament organized by IO Esports with sponsorship from Genshin Impact. Participating travelers will go through challenges that will test their knowledge and skills to win Primogems and thousands of dollars.

Only players from Southeast Asian countries can register and join the tournament.

Additionally, the tournament will feature celebrity guests to help travelers compete for the championship.

How to register for the Genshin SEA Carnival

Slots will be given accordingly based on a first-come, first-served basis for the teams that have correctly followed the registration and confirmation process.

The top 8 teams from the qualifying round will win a trip to Kuala Lumpur, Malaysia, to compete in the SEA Carnival finals.

Teams must complete two challenges under Warrior’s Expedition. Bonus points will be given based on the characters that players will use. 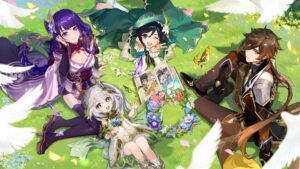 The tournament will be broadcasted live on major online platforms.

READ MORE: Is it possible to Kaeya ice bridge all the way to the Inazuma region?