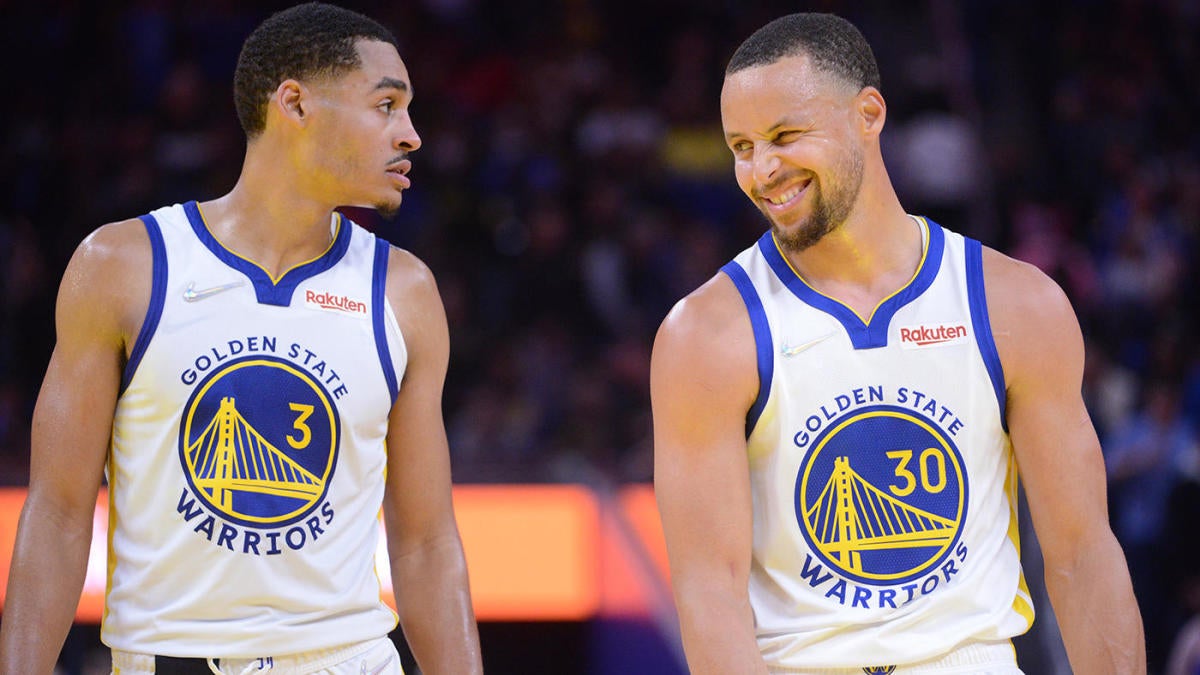 SAN FRANCISCO — In Game 1 we got a glimpse. On Monday, we got the full experience.

Up until Saturday, we’d only talked hypothetically about the Golden State Warriors’ latest iteration of the “death lineup” — one that consists of Draymond Green at center surrounded by fast, skilled, athletic shooters and playmakers. Due to various injuries, the unit didn’t log a single minute during the regular season.

They finally took the court together on Saturday, but for just five minutes. That mere taste was enough to see the potential, logging a ridiculous plus-127.3 net rating despite Curry not being at the top of his game. In Monday’s 126-106 Game 2 win over the Denver Nuggets, however, the reality of what the Warriors have at their disposal truly set in.

The full unit took the court with 6:02 remaining in the second quarter with Golden State trailing 43-35. By the time the halftime whistle sounded, the Warriors led, 57-51. The new death lineup, which has yet to receive a proper nickname, launched a 22-8 run in half a quarter, and the way they did it should terrify not only the Nuggets, but whichever teams get in their way in upcoming playoff rounds.

“It’s a passer’s paradise for me,” Green said after the Game 2 win. “You’ve got those three guys [Curry, Thompson and Poole] out there at the same time, for me as a passer, that’s heaven. … You can’t ask for anything more on the offensive end, any more options than that.”

On Monday, Curry, Poole and Thompson took turns eviscerating the Denver defense with pull-up 3s, drives to the basket and back-cuts, while Green showcased his all-time elite basketball IQ and skillset on both ends. Wiggins glued the unit together by moving the ball, attacking the rim and locking down defensively.

Curry had mentioned how scary and talented the closing lineup was “on paper,” but now we have two playoff games worth of evidence to show that it’s the real deal.

“Technically I guess we are undersized, but you have to bring a defensive force and effort and energy, and then you can again just turn it into an advantage on the other end of the floor,” Curry said of the five-man unit. “Seeing [Poole] be able to make plays in the pick-and-roll with me and Klay spaced and Draymond setting [screens] and Wiggs slashing. It checks a lot of boxes on the list of what would you want for a potent offensive lineup.”

The word “potent” doesn’t do Monday’s performance justice. Curry was phenomenal, especially considering this was just his second game back after a month-long absence. He scored 34 points in 23 minutes off the bench and was a game-high plus-32, shimmying, screaming “I’m back” to the increasingly raucous Chase Center crowd. He’s now the only NBA player in the shot clock era to score at least 30 points in 23 minutes or less during a playoff game.

Poole scored 29 points, one shy of the 30 he put up in his playoff debut on Saturday. Knowing what to expect from Thompson, Curry and Green, the real wild card has been Poole, who has basically created a second Steph Curry for teams to contend with on the court with his incredible playoff performance thus far.

“I never envisioned Jordan playing this well at the beginning of this season, even though he had a great season a year ago. I couldn’t envision this,” Warriors coach Steve Kerr said after the game. “But he’s earned it. This guy puts the work in every single day in the gym and believes in himself, and he’s got a lot of skill.”

When the lineup was at work, it felt like the old days — when the Warriors were considered unfair. A cheat code. Bad for the game. If you can explain how to defend nonsense like this, start sending your resume to NBA teams.

Golden State toyed with Denver, a team ill-equipped to handle the onslaught because of injuries to Jamal Murray and Michael Porter Jr. Reigning MVP Nikola Jokic was frustrated equally by the referees and Green, who made his life a living hell for 28 minutes before Jokic was ejected with seven minutes left in the game after receiving his second technical foul.

OK, time for some caveats. We’ve still only seen this Warriors unit for a handful of minutes. Also, with Jokic and DeMarcus Cousins as their centers, the Nuggets are the perfect prey for the quickness and pull-up shooting that Curry and Poole bring to the arena. When Curry wasn’t swishing 3-pointers, he was carving up the Nuggets’ defense by getting into the lane and either kicking out to teammates or finishing himself.

“I thought his patience was great,” Green said of Curry after the game. “Once Steph came in the game, he just drove until they stopped him, and the big was kind of shaded toward me to take the pocket away, so he just kept driving it. I think that broke their defense down.”

There are certainly defenses more equipped to defend Golden State’s new closing lineup — the Western Conference No. 1 seed Phoenix Suns come to mind — but what we’ve seen in the first two games of this Denver series should serve as a warning shot to the league. Those who thought the days of being terrorized by the death lineup were a thing of the past are in for a rude awakening.

“There were back-to-back-to-back plays where it’s kind of pick your poison and everybody was kind of getting involved,” Curry said after the game. “It’s that emotion, that feeling, that momentum we were able to create. Got the crowd into it. You could tell it was affecting them on the other side. Every timeout you look down and they’re trying to figure something out. So that’s playoff basketball in terms of you can get a team to have to worry about so many different things. It makes the game a little easier.”