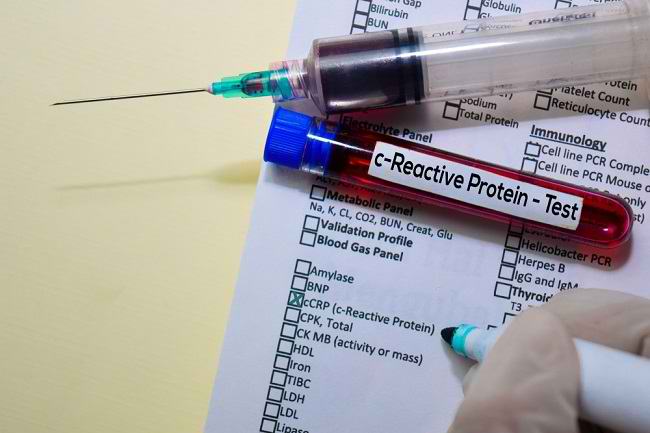 The body has many different ways of indicating diseases and disorders at an early stage so that precautionary and preventive measures can be taken. Blood tests, X-Rays, CT Scans, EEGs, ECGs, Pap Smears, Cultures, and Biopsies are some of the ways that medical professionals use to ascertain a specific problem.

There are a wide variety of reasons why something could go wrong and therefore, multiple tests may be required to rule out each possibility and to arrive at the preliminary cause of a disease.

When it comes to inflammation, a CRP test is the most effective way to ascertain if there is any inflammation in the body due to a particular cause. This is a simple blood test that is prescribed by the doctors as a preliminary way of identifying whether there is inflammation anywhere in the body.

What is a CRP Test?

CRP stands for C Reactive Protein which is a naturally occurring protein in the body. This protein is very marginal in regards to its presence and usually spikes when there is inflammation in the body. Any common inflammation due to a disease or disorder can be initially and preliminarily detected by a CRP test.

CRP test is also sometimes used to detect if the patient has a high risk of cardiovascular disease. But this is not a sure shot method of knowing whether a person is at risk for heart attacks or clogging of the arteries due to high levels of cholesterol.

Often a CRP test is only indicative and not a definitive measure for ascertaining Cardiovascular risk in patients and is usually combined with many other tests to ascertain the same. CRP test price is usually very affordable.

In a CRP test, high sensitive levels of substances are used for the detection of C Reactive Protein. This protein is produced by the liver and can be high because of inflammation pertaining to any part of the body. In most cases, the high levels of CRP are classified as follows:

When are CRP Levels High?

CRP levels can surge for multiple reasons. When the body is under any kind of attack by bacteria or virus, the C Reactive protein surge signals the body that it is under attack which results in Inflammation – a method of reacting against the foreign body. CRP is an acute-phase protein that acts as a fast response team in times of an inflammation attack.

But that said, CRP levels can be high for various reasons. A CRP test can only detect its spike which is then to be examined by a doctor as to why there is a high level of CRP in the body. Below are the reasons why CRP levels could be high in the body: