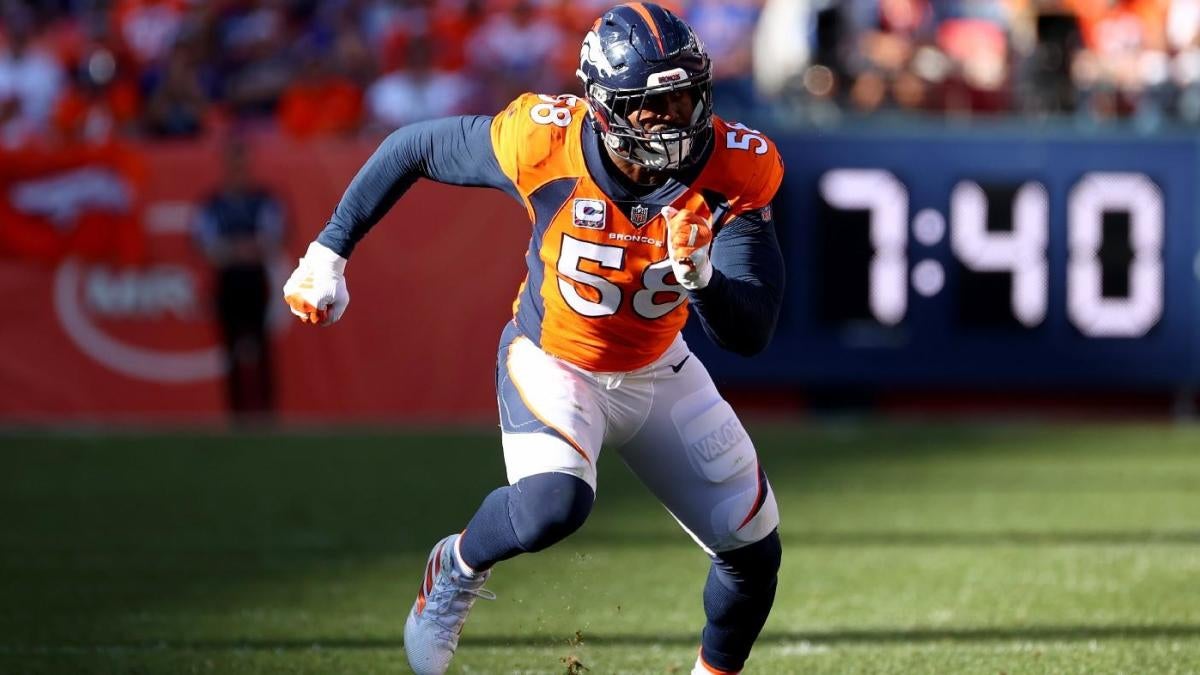 Football’s trade deadline is a perpetual letdown for those eager for activity, with few blockbuster trades consummated. However, there is always a flurry of trade talks around it, with the potential for some significant players to get moved. Rival GMs believe Miller is ripe to be dealt, given the prevailing need for pass rush, Miller’s expiring contract, the Broncos’ collective struggles and the strong perception that there could be significant changes coming for the organization in 2022. Miller is due roughly $9M for the duration of the season — not an insignificant number — and one that contending teams without much cap space could have difficulty navigating.

Miller, 32, has battled injuries in recent years and is not the perennial defensive MVP candidate he once was, but he still has a top 20 pass pressure rate per PFF, he has a knack for making big plays and there is a sense among other general managers that a change of scenery has long been welcomed by him and could bring out the best in him.

“If you are asking me for one sexy trade that could be made, besides (Deshaun) Watson, that would be it,” one GM said of a potential Miller trade. “I don’t know why they wouldn’t do it. He has wanted out for a while, he won’t be back there next year, they are struggling with him. Probably will have a new coach next year. George (rookie GM George Paton) has to be looking for picks at this point.”

Another GM offered: “I’m not sure we can afford him, but if the Broncos are willing to move some money around and help with the cap number, I bet they get a three (third-round pick) for him.”

Another GM said: “It makes more sense for Denver to trade him than to keep him, and that has to be how George sees it, too. The question is how motivated are they to move him, and how creative will they get with the contract.”

Engram, meantime, has not developed as the Giants would have hoped, he has fallen out of favor there and is a player team executives have been shopping to other teams since training camp. The team’s first round pick in 2017, Engram’s production has waned in an offense that has struggled for years to find consistency. New York is faltering again, with Dallas firmly atop the NFC East, but there is not an expectation among rival teams that the Giants will fully embrace widespread transactions at the deadline, with Engram deemed the most likely to go for minimal compensation in return. His high salary ($6M) has complicated matters to this point, with teams viewing it more as a salary dump.